Home » This is plumbing: Plumbing discovery reveals the rise and fall of the Roman Empire

This is plumbing: Plumbing discovery reveals the rise and fall of the Roman Empire 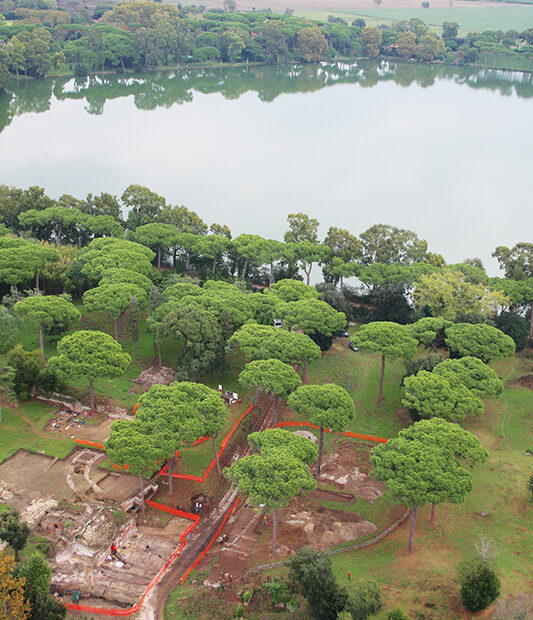 The ancient Roman plumbing system was a legendary achievement in civil engineering, bringing fresh water to urbanites from hundreds of kilometres away.

Wealthy Romans had hot and cold running water, as well as a sewage system that whisked waste away. Then, about 2 200 years ago, the waterworks got an upgrade: the discovery of lead pipes (called fistulae in Latin) meant the entire system could be expanded dramatically. A new study has revealed that the city’s lead plumbing infrastructure was at its largest and most complicated during the centuries leading up to the empire’s peak.

Put simply: more lead in a layer would mean more water flowing through lead pipes. Though this lead probably didn’t harm ocean wildlife, it did leave a clear signature behind.

Dating the core sediments revealed a surprisingly detailed record of Rome’s expansion over several centuries of development between 200 BCE and 250 CE. Examining the core from Ostia, the researchers found a sudden influx of lead in 200 BCE, when aqueducts made of stone and wood gave way to lead pipe. In later layers, the researchers found a mix of lead with different isotopic compositions. This suggests water was flowing into the harbour from a wide variety of lead pipes, crafted from leads of different ages and provenances.

The very existence of the pipe system was a sign of Rome’s fantastic wealth and power. Most lead in Rome came from distant colonies in today’s France, Germany, England, and Spain, which meant the Empire needed an extensive trade network to build out its water infrastructure. Plus, the cost of maintenance was huge. All pipes were recycled, but the city still had to repair underground leaks, check water source quality, and prevent the massive aqueducts from crumbling.

Writings by the first century CE Roman water commissioner, Julius Frontinus, reveal rampant water piracy, in which people would tap the aqueducts illegally for agricultural use – or just for drinking. Because it was so expensive, the city’s plumbing system is a good proxy for Rome’s fortunes. As endless war sucked gold from the state’s coffers, and there was no money to build new aqueducts nor to repair existing ones.

Around that time, the researchers saw a dramatic decrease in the amount of lead-contaminated water in the Ostia harbour – in fact, it drops about 50% from previous years.

Write the researchers: “[This] provides the first evidence of the scale of the contemporaneous reduction in flows in Rome’s lead pipe distribution system – of the order of 50% – resulting in decreased inputs of lead-contaminated water into the Tiber. [Augustus]… progressive defeat of his rivals during the 30s BCE allowed his future son-in-law, Agrippa, to take control of Rome’s water supply by 33 BCE. Over the next 30 years, they repaired and extended the existing aqueduct and fistulae system, as well as built an unprecedented three new aqueducts, leading to renewed increase in [lead] pollution of the Tiber river.”

Once the city had recovered from the hardships of the wars, the researchers saw a steady increase in lead over the years that span the Empire’s height during the 1st and 2nd centuries CE. This was when Frontinus led an effort to rebuild the city’s plumbing system while wealthy Romans added crazy water features to their homes. Second-century Emperor Hadrian reportedly had a fountain in his villa that flowed into a reservoir next to the dinner table; he would serve guests food from little boats floating on it.

There was a strong drop in lead after the mid-3rd century CE, when the researchers note: “No more aqueducts were built, and maintenance was on a smaller scale”. They add that this phase of “…receding [lead] contamination corresponds to the apparent decline of [lead] and [silver] mining and of overall economic activity in the Roman Empire.”

The Tiber as a sewer

The Tiber was connected with the Cloaca Maxima, the sewer system of Rome, which was said to have been first built by the king Tarquinius Priscus (616–579 BCE) in the 6th century BCE. Tarquinius had the existing stream expanded and lined with stone in an attempt to control storm water – rain flowed downhill to the Tiber through the Cloaca, and it regularly flooded. In the third century BCE, the open channel was lined with stone and covered with a vaulted stone roof.

The Cloaca remained a water control system until the reign of Augustus Caesar (ruled 27 BCE to 14 CE). Augustus had major repairs made to the system, and connected public baths and latrines, turning the Cloaca into a sewage management system.

‘Cloare’ means ‘to wash or purify’ and it was a surname of the goddess Venus. Cloalia was a Roman virgin in the early 6th century BCE who was given to the Etruscan king Lars Porsena and escaped his camp by swimming across the Tiber to Rome. The Romans (at the time under the rule of the Etruscans) sent her back to Porsena, but he was so impressed by her deed that he freed her and allowed her to take other hostages with her.

Today, the Cloaca is still visible and manages a small amount of Rome’s water. Much of the original stonework has been replaced by concrete.

This website uses cookies to improve your experience while you navigate through the website. Out of these, the cookies that are categorized as necessary are stored on your browser as they are essential for the working of basic functionalities of the website. We also use third-party cookies that help us analyze and understand how you use this website. These cookies will be stored in your browser only with your consent. You also have the option to opt-out of these cookies. But opting out of some of these cookies may affect your browsing experience.
Necessary Always Enabled
Necessary cookies are absolutely essential for the website to function properly. These cookies ensure basic functionalities and security features of the website, anonymously.
Functional
Functional cookies help to perform certain functionalities like sharing the content of the website on social media platforms, collect feedbacks, and other third-party features.
Performance
Performance cookies are used to understand and analyze the key performance indexes of the website which helps in delivering a better user experience for the visitors.
Analytics
Analytical cookies are used to understand how visitors interact with the website. These cookies help provide information on metrics the number of visitors, bounce rate, traffic source, etc.
Advertisement
Advertisement cookies are used to provide visitors with relevant ads and marketing campaigns. These cookies track visitors across websites and collect information to provide customized ads.
Others
Other uncategorized cookies are those that are being analyzed and have not been classified into a category as yet.
SAVE & ACCEPT